Commissioners of the District

The Commission Board holds monthly meetings (except July and December) on the third Thursday at 7PM at our Headquarters station, These meetings are open to the public. Please click here for the meeting agendas. 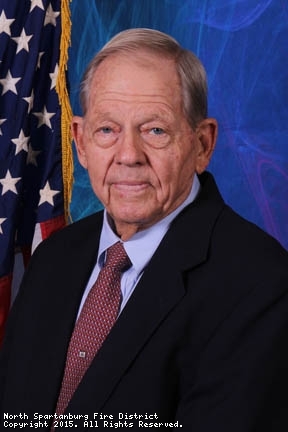 Mr. Fowler is a life long resident of Spartanburg and is the owner of Fowler Brothers Cleaners 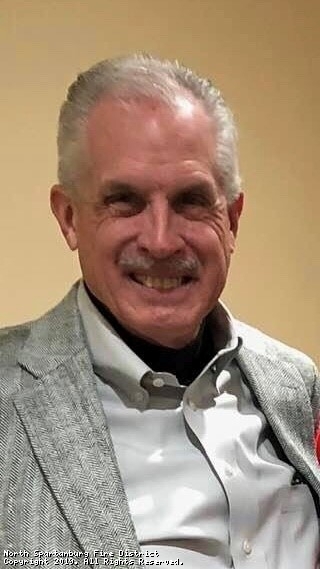 Larry was born and reared in Inman, SC. He graduated from Chapman High School and Cecil’s Business College. After finishing school, he worked in different jobs including retail, electrical construction and safety and security. He started his fire service vocation as a volunteer fire fighter with the Inman Fire Department in the mid 1970’s. In April of 1979 he started his career as a full-time firefighter with the North Spartanburg Fire District. During his years of service, he was promoted through the ranks, serving as a fire fighter/EMT, driver/engineer, fire inspector, fire instructor, administrative captain, and assistant chief. He was appointed to the position of Fire Chief in October of 2002 and served in this position until his retirement in August of 2013. He was a member of the International Association of Fire Chiefs, South Carolina Fire Chief’s Association, past president of the Spartanburg County Fire Chief’s Association and still maintains his membership with the South Carolina State Firefighters Association. Larry is married to the former Lynn Alverson. They have two daughters and one grandson. 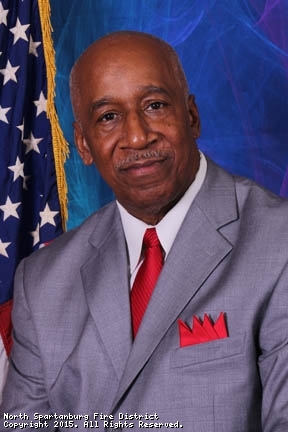 Mr. Browning is retired from the Spartanburg City Fire Department 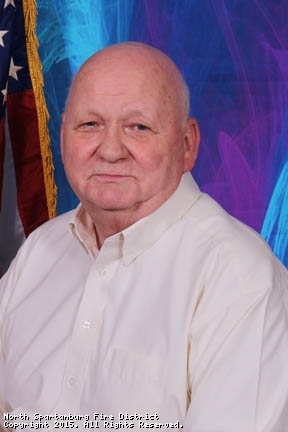 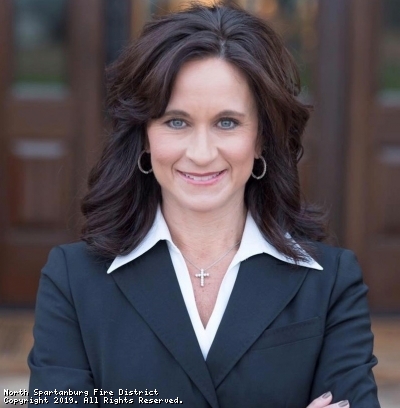 Mitzi Kirsch is a lifelong resident of Spartanburg, South Carolina.  She is married to Skip Kirsch and has two sons, Blake (20) and Brice(19).  She and her family own Century 21 Blackwell and Company Realty, Inc., and she has been in real estate sales in the community for 30 years.  In addition to serving as a North Spartanburg Fire Commissioner, she also serves on the Advisory Board at BB&T Bank and on the Cancer Association of Spartanburg Board.  Mitzi attends Boiling Springs First Baptist Church, and she’s an active member of Spiritually Growing Sunday School class.  Her hobbies include traveling, running Half Marathons and exercising, and spending time with family and friends.  A fun fact about Mitzi is that she and her family have traveled to all 50 states.

Terry Booker is a lifelong resident of Spartanburg, South Carolina.  He is married to Penny Booker and has 2 children and 3 grandchildren. Terry retired from the US Air Force after 22 years and has served as the Risk Manager for Spartanburg County for the past 15 years. His hobbies include fishing, traveling, golfing, and spending time with his family. 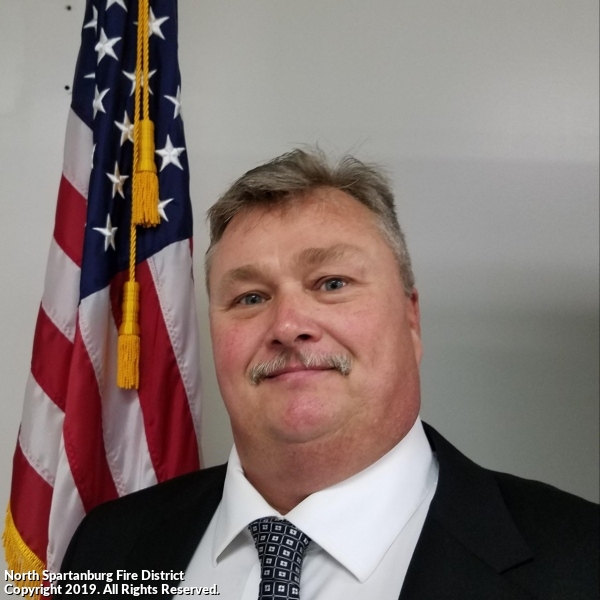 Deonn Yates grew up in Colorado Springs, Colorado and moved to South Carolina in 1991. He was active in Industrial Fire Safety Teams and Volunteered with the Roebuck Fire Dept where he received the Firefighter of the Year Award in 1998. He was a Career Firefighter for the City of Spartanburg where he Retired in 2006. He is married and has 5 children. He enjoys riding motorcycles, Volunteering in his Community and is a Member of Milestones Church where he is active on the Church Safety Team.

Copyright © 2006-2021. YourFirstDue Inc. All Rights Reserved. Designated trademarks and brands are the property of their respective owners. Content on this web site is supplied by North Spartanburg Fire District. YourFirstDue Inc. cannot be held responsible or liable for any content, text, pictures, or any other media found on this web site. Maintained by the members and staff of North Spartanburg Fire District.
Management Login
Powered by